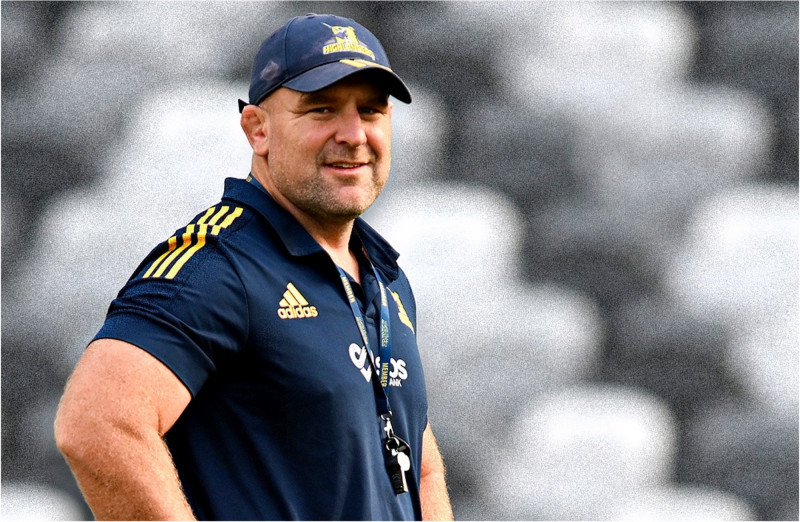 Dermody takes over from Tony Brown who finishes his two-year tenure to dedicate his time to helping coach Japan ahead of the 2023 Rugby World Cup alongside another former Highlander’s Head Coach, Jamie Joseph. It was Joseph who first brought Dermody into the fold in 2014 as Scrum Coach and he has been an integral member of the coaching team since then.

After a brief stint in the farming machinery industry, he began his coaching career in 2014 with Southland as Assistant Coach to current All Black’s Attack Coach, Brad Mooar. In 2018 he joined Tasman as co-Head Coach with Andrew Goodman, with the pair leading the Mako to the NPC Premiership titles in 2019 and 2020, and in 2021 he led the Highlanders to the Sky Super Rugby Trans-Tasman final as stand-in Head Coach for Brown who had been called away for Japan’s international campaign.

Prior to his coaching career Dermody played loosehead prop, playing 92 games for Southland, 44 games for the Highlanders and three for the All Blacks, before departing for London Irish in 2007. He clocked up 108 appearances for London Irish and was captain before injury curtailed his career in 2012 and he returned with his wife Sarah and children Carter and Maggie to New Zealand.

Highlanders CEO, Roger Clark, is confident they have the right man for the job.

“Clarke has served his apprenticeship with this club in every sense, firstly as a player and then as a coach. He understands this club and the region we represent well. He has demonstrated his ability as a Head Coach with Tasman and when he took over during Sky Super Rugby Trans-Tasman last season. He has shown he can get the best out of the people around him and we have faith in that ability to lead our club over the next few years”.

Dermody’s first job will be to confirm his playing roster for the 2023 DHL Super Rugby Pacific season and to put in place the key elements to enable consistently high performances from the team.

“The appointment of Clarke is the first step; we are confident of assembling a coaching group that will drive consistent improvement in our team. We feel we have a playing group that has the potential to improve, and we just need to bring it to the fore week-to-week,” said Clark.

Dermody is excited by the opportunity and the challenge ahead.

“When I started with the Highlanders in 2014 it wasn’t with the purpose of someday being the Head Coach, I was just happy to get the opportunity to be involved with a club I have a genuine attachment with. Over the last ten years or so that attachment has only strengthened through the good times and bad.

“To get the opportunity to lead the team and coaching group is an honour and I am certainly looking forward to the hard work involved in putting together our 2023 season.”

“The Highlanders club are a proud club with ambitions to pursue greater success on the field in coming seasons and Clarke is the ideal person to lead the team into battle. His character, rugby knowledge from his storied playing career, and considerable coaching experience will be an asset, and his strong ties to the Highlanders region will be inspiring to the players who wear the club’s jersey over the next three years.”

The Highlanders full coaching group for 2023 will be finalised within the next month.

Highlanders named in Māori All Blacks Squad to face Ireland