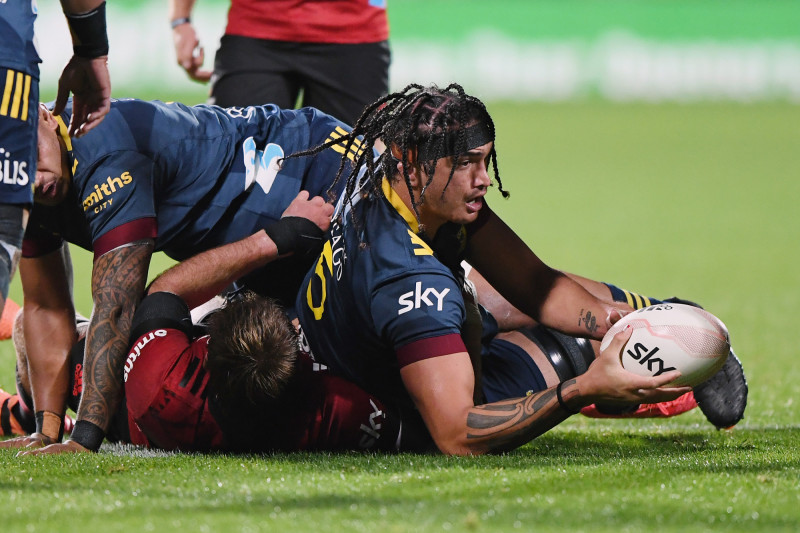 Highlanders lock Pari Pari Parkinson has extended his contract for one more year through to 2022. He first started with the Highlanders back in 2018 but due to form and injury has only clocked up 16 games. At his best he is a force to be reckoned with, standing at 2.04m and weighing 130kg his sheer physical presence is enough to challenge the best defences, but he also possesses a good turn of speed for a big man.

“Pari Pari has so much potential within him, I feel like he is ready to fire now and over the next few seasons, if he can stay injury free, he could really dominate his position. His big, athletic and an aggressive ball carrier so he has all he needs to be a world class player.”

A product of St. Kentigerns College rugby programme and a member of the NZ Barbarians Schools team in 2015 he joined the Tasman Mako Academy in 2016 and made two appearances for the Mako that year. He made his debut for the Highlanders against the Crusaders in 2018 and also made the Maori All Blacks in the same year. However, it wasn’t until 2020 the Parkinson became the regular first choice lock where he produced some eye-catching performances. Off season surgery to his left foot forced him to miss the Tasman Mako Premiership winning season, however, he has worked his way back to full fitness and is expected to be available for selection for the Highlanders next match against the Hurricanes.

Parkinson is keen to look forward rather than back but was happy to be with the Highlanders.

“It’s been a frustrating few years in a way, with injuries etc. but I am hopeful with the body now in good shape that I can get some good performances under my belt and push on from here”.

“I had options to move on but in the end I believe I will get the best out of myself by staying with the Highlanders. There is a lot I want to achieve over the next few seasons and this is the right team and place to do it from”.