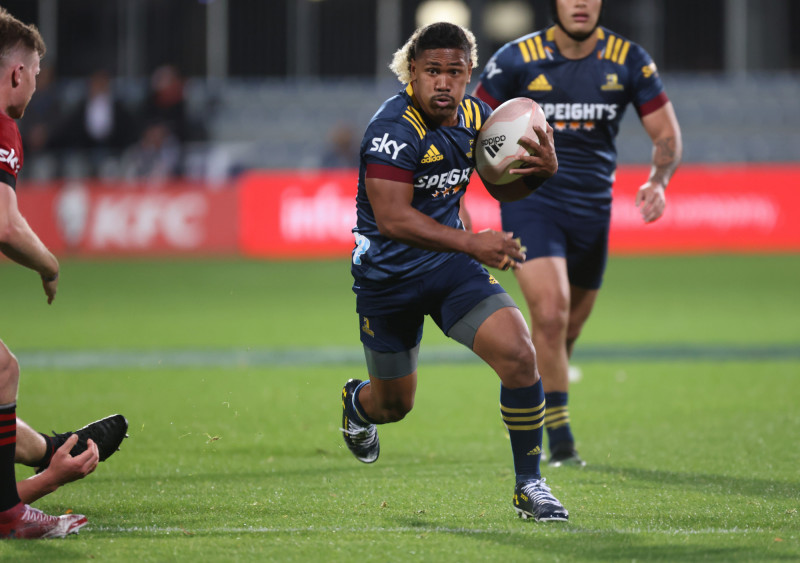 Following a lot of media speculation Highlander’s CEO, Roger Clark, today confirmed Folau Fakatava has committed to the Speight’s Highlanders until 2023. Following Aaron Smith’s recent contract extension it was thought that Fakatava may look elsewhere, but Clark confirmed the talented playmaker was comfortable staying in Dunedin despite being chased by other Clubs.

Clark said, “Folau certainly had other offers to consider but we are delighted he has chosen to stay with us. We are working hard to retain a nucleus of players for the next few years and we certainly see Folau as key to our future aspirations”.

Fakatava played for Hawkes Bay in 2018, straight out of Hastings High School as an 18-year old, where he helped his team to two national top four finals, winning the top school honour in 2017.

He signed for the Highlanders in 2019 and has made seven appearancesafter making his debut against the Melbourne Rebels.

In 2020, after an outstanding year with Hawkes Bay that included winning the Championship title, he was awarded the Duane Monkley Medal for the Mitre 10 Cup Player of The Year and capped off a successful year with a game for the Moana Pasifika team against the Maori All Blacks.

Highlanders Head Coach, Tony Brown, is excited at the prospect of what Fakatava could deliver over the next few seasons.

“He is a special talent no doubt, he has certainly grown as a man and a player over the last few seasons and his game is starting to come together nicely. He is a real threat to any defence and was outstanding for Hawkes Bay last season. We look forward to him taking his game to new heights over the next few years and I would love to see both Aaron and Folau in the All Blacks - he is certainly capable”.

Smith and Fakatava have already shared the starting duties in 2021 and he should get plenty more opportunities which he is excited about.

“I have really enjoyed my time here and although there were other options, I really wanted to pay back the club that gave me my start. I have had the best halfback in the world as my coach and I feel very lucky to have had the chance to learn so much down here. I feel like a southern man now.”