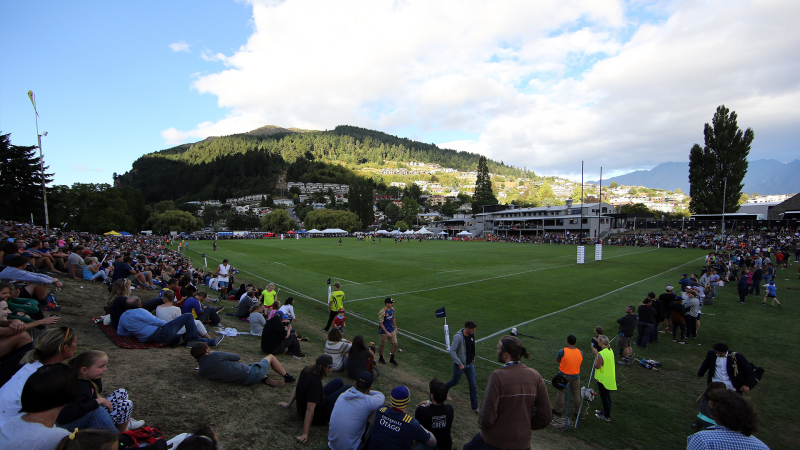 Highlanders CEO Roger Clark is happy to be returning to the resort town after the cancellation of the match against the Rebels earlier in 2021 due to COVID-19 travel restrictions.

“We were very disappointed for the people of Queenstown when we had to cancel back in May but we’re delighted we can bring a preseason match, particularly against an exciting new team, like Moana Pasifika”.

Clark thanked real estate company Bayleys Queenstown for their support of the game.

“We would like to acknowledge the support of Bayleys Queenstown and the key role they played in bringing this match to Queenstown.  I know the team enjoys playing in Central Otago and we always receive such good support when we do,” said Clark.

“We are extremely happy to partner with the Highlanders again and bring this game to the fans in Queenstown. It’s been a tough 12 months with COVID and cancelled events, which along with a number of other things, has really affected our resort town. To have a pre-season game here for the wider district, supporters, families and all the kids, is an absolute bonus and will have a positive flow-on to our local economy. We hope that we can help kick off a positive year for the Queenstown-Lakes district in 2022,” said Stacy Coburn, Manager and Owner of Bayleys Queenstown.

Tickets for the event will go on sale in the new year and will be available from Ticketek.co.nz.