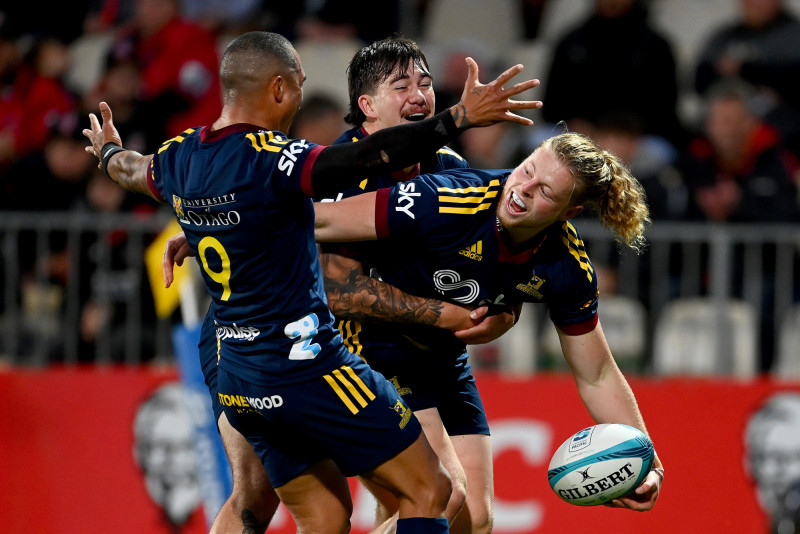 It may have taken two attempts to play the game, but finally, Moana Pasifika will play the Highlanders this Friday night under the roof of Forsyth Barr Stadium. COVID-19 may have disrupted the earlier match up but with both teams desperate for a win, the scene is set for an exciting encounter.

Highlanders Head Coach, Tony Brown, has retained most of the team that has performed courageously over the last few weeks for this important match.

Jermaine Ainsley makes a welcome return to the starting line up as does Manaaki Selby-Rickit and James Lentjes. The developing midfield pairing of Scott Gregory and Fetuli Paea have another opportunity to showcase their ball carrying abilities while the back three of Mosese Dawai, Sam Gilbert and Connor Garden-Bachop will no doubt relish the conditions under the roof as they look to establish themselves as the preferred combination.

The bench is a blend of youth and experience that has Ayden Johnstone covering the front row with rookie season prop Saula Mau and includes Tasman lock Max Hicks who is on track to make his debut for the Club.

Brown is aware of the threat Moana Pasifika will bring on Friday night.

“They have had a great debut season so far in Super Rugby Pacific, they are a physical team that never gives up. We expect, as we do every week, that we will have to match up for the full eighty minutes to get the result we need.”

“I have been encouraged by what our guys are leaving on the track over the last few weeks and with more accurate execution we can really start to get our game going”.

The club is encouraging its supporters to turn out on Friday night for this inaugural match against Moana Pasifika.

Highlander’s Marketing Manager, Amanda Gould, is eager for the faithful to come along.

“We saw the impact the crowd had on the atmosphere at the Blues match and it makes such a big difference for the teams on the field. We will need that support again on Friday and it will add to the spectacle of this historic match”.

The Journey of Folau Fakatava