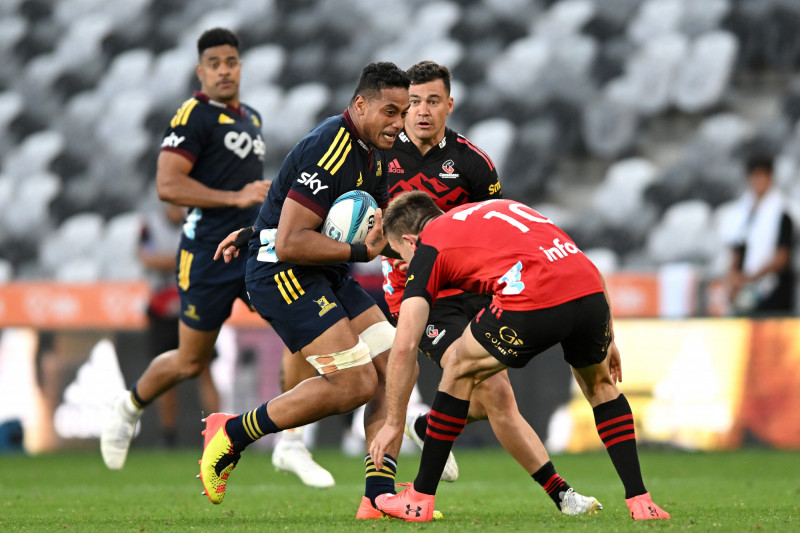 Highlanders named for sixth match of the season in Christchurch

The Highlanders have named their team for round seven of the DHL Super Rugby Pacific season. They will be playing the Crusaders at 7:05pm Friday at Orangetheory Stadium in Christchurch.

The team, while still working on securing their first win of the season, had a much improved performance against the Blues last week and will be heading up to Christchurch with a renewed focus however it is always challenging to take on the Crusaders at home.

Head Coach, Tony Brown, said “I think we saw some signs of growth in our game last week but we are going to have to be better again to take on the reigning champs in their own backyard. It will no doubt be a physical encounter, as all South Island derby games seem to be and of course we are looking forward to the challenge.”

Movements in the front row see Andrew Makalio starting at hooker and Josh Hohneck at tighthead prop while Bryn Evans and Manaaki Selby-Rickit continue to rotate in the second row. Marino Mikaele-Tu’u returns to the team and takes his place at the back of the scrum.

In the back line Connor Garden Bachop returns at full back which sees Sam Gilbert move across to the wing.

The Highlanders also welcome Denny Solomona to the team. The experienced winger looks to make his Highlanders debut off the bench this weekend. He joins the Highlanders as a replacement after playing most of his rugby career overseas, including playing five tests for England in 2017.

Assistant Coach, Riki Flutey, said “he came into our squad and from day one he’s been outstanding in terms of his leadership around his parts of the game, in particular around defense and in the back three area. His voice has been really valuable over the past few weeks and it’s a real opportunity for him this week”.

There are also two players on the bench that will bring up milestones when they take the field on Friday night’s. Gareth Evans will play his 50th game for the Highlanders. Gareth debuted for the Highlanders in 2014 and played 44 games before moving to the Hurricanes in 2018 before returning this season.

Marty Banks also plays his 50th Super Rugby game. Marty began his Super Rugby career at the Hurricanes in 2014 playing five games before moving to the Highlanders in 2015 and famously kicking the winning goal in the Highlanders historic win against the British and Irish Lions in 2017.