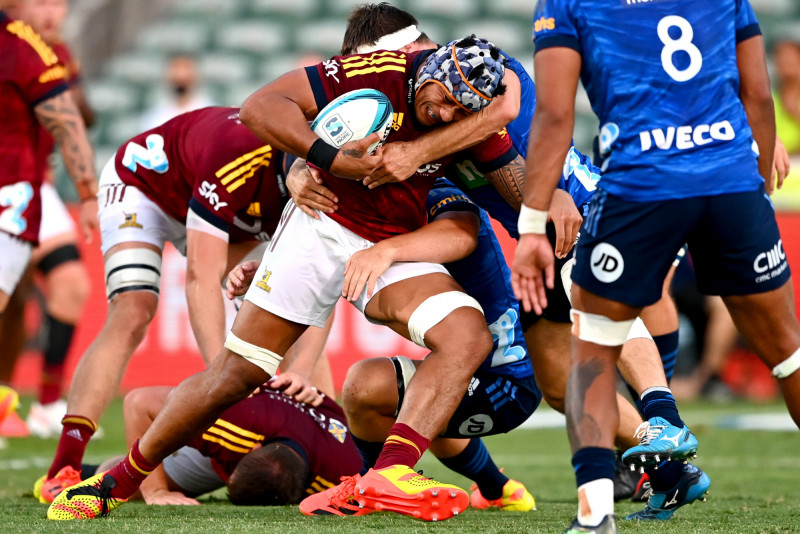 Highlanders Named for Round 6 of Super Rugby Pacific

The Highlanders have named their fifth team of the 2022 DHL Super Rugby Pacific season. They will be playing the Blues on 4:35pm on Saturday afternoon at home at Forsyth Barr Stadium in Dunedin.

After a COVID forced week off the Highlanders have reassembled and are preparing to take on the Blues for the second time this season.  The tough loss to the Blues in Auckland in round four will still be fresh in the team’s mind.

Head Coach, Tony Brown said, “it was disappointing to lose to the Blues two weeks ago and we’ve got an opportunity to have another go at them. We’re just looking for an improved performance that puts them under pressure for longer and enables us to create opportunities, especially into the second half. We’re really looking for a full 80 minute performance.”

Co-vice-Captain James Lentjes returns to starting team and Daniel Lienert-Brown will start at loosehead prop. The remainder of the forward pack remains unchanged from the previous game against the Blues. In the backline, Scott Gregory replaces Thomas Umaga-Jensen who is recovering from a groin injury at second-five and Sam Gilbert returns to fullback.

For Holland, “I grew up watching these guys and now I could be playing with them on Saturday. If the opportunity comes to take the field I’m going to give it all I’ve got – it’s a dream come true.”

Brown commented, “it’s a great opportunity for Fabian, he’s been outstanding in our training environment this year and while he’s a young, he’s a really exciting player, and I’m sure he will feed off the energy from the team and crowd at Forsyth Barr Stadium on Saturday.”

Following yesterday’s Government announcement, Forsyth Barr Stadium will open the doors for unrestricted crowds in the stands in a move that has both the fans and the team excited. Tickets are now available from www.ticketek.co.nz.