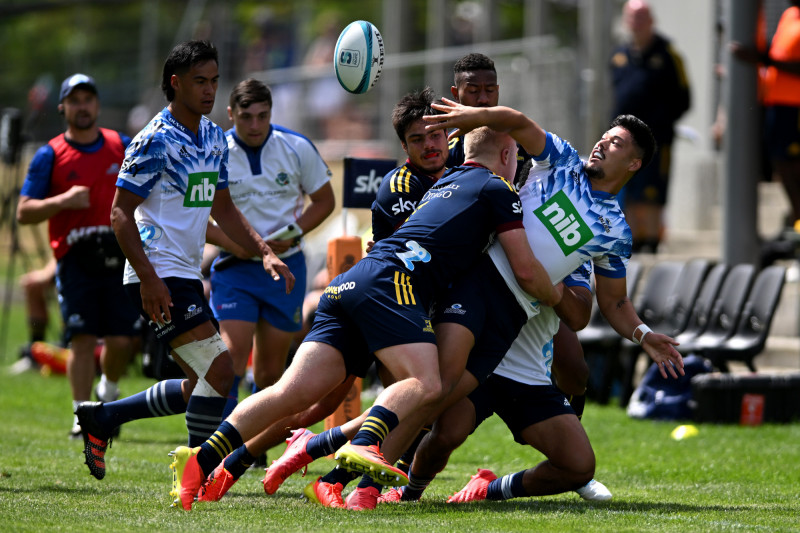 The Highlanders have named their fourth team of the DHL Super Rugby Pacific season. They will play the Blues on Friday at 7:05pm at North Harbour Stadium, Albany.

The first few rounds have been frustrating for the team however this weekend provides a fresh opportunity for the team to put on a complete performance.

Coach Tony Brown said about the results so far, “everyone is trying really hard and is frustrated that we are not executing the way we should, but it’s not from lack of effort or lack of intent, so we are focusing on making sure that when we get the opportunities, we are patient and calm and that we execute under pressure.”

Aaron Smith returns to the team as captain and starting halfback, Scott Gregory comes into the midfield and Ngatungane Punivai comes onto the bench for the first time this season in the midfield.

Manaaki Selby–Rickit and Bryn Evans continue to rotate in the second row while Josh Dickson, the regular starting lock, holds onto the number 5 jersey. Marino Mikaele-Tu’u earns his first start for the 2022 season and will add some energy to the back of the scrum. Mosese Dawai also returns to the team this week.

Brown commented that, “Moses had a tough debut in difficult conditions in Queenstown and we just needed to give him time to get his confidence back. We feel he is back to where he should be and are looking forward to getting him out there and showing everyone what he can do.”