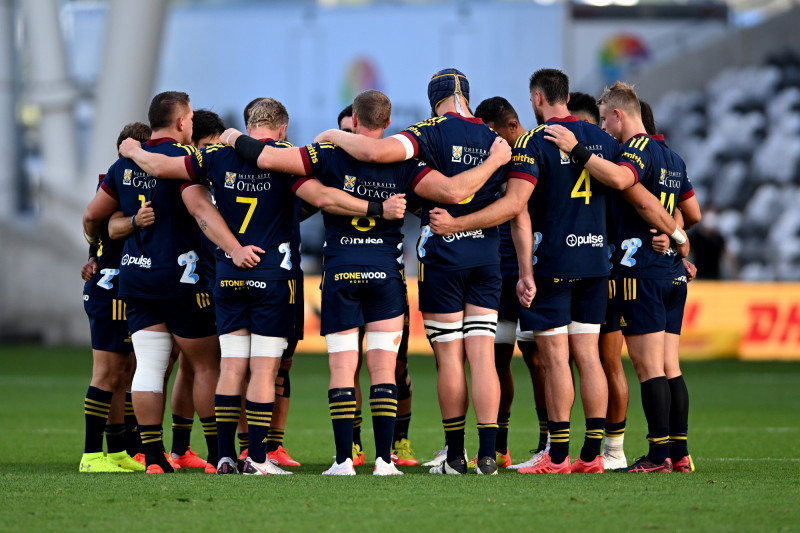 Highlanders named for Round 3 trip to the Capital

The Highlanders have named their round three team to play the Hurricanes in Wellington on Saturday night at Sky Stadium. The game will be played under the red light setting with a limited crowd in attendance in what will be a small step back towards normality.

The biggest change comes at halfback with Folau Fakatava pulling on the number 9 jersey and Aaron Smith rotating onto the bench. Smith’s move to the bench provides another opportunity for Fakatava having only had a handful of starts in his time with the Highlanders. Newcomer, Liam Coombes-Fabling, debuts on the left wing after joining the team three weeks ago in Queenstown as an injury replacement player.

Head Coach, Tony Brown, said, “this is a good opportunity for Fakatava while we manage Nuggie’s load and we’re looking forward to seeing how he goes. We know we’re going to benefit from Nug’s leadership, speed, and energy when he comes on.

“Liam has earned his opportunity with three good weeks of training; he has a high work rate and provides x-factor on the edge.”

A settled forward pack sees only one change within the starting team with Bryn Evans coming into the left lock position and Manaaki Selby-Rickit moving to the bench. Both Ethan de Groot and James Lentjes have been cleared to play after a hard-fought game against the Crusaders in round two.

Powerful young prop, Saula Ma’u, has been named on the bench. Ma’u has had a frustrating couple of years with injury and will be looking forward to getting his opportunity when it comes.