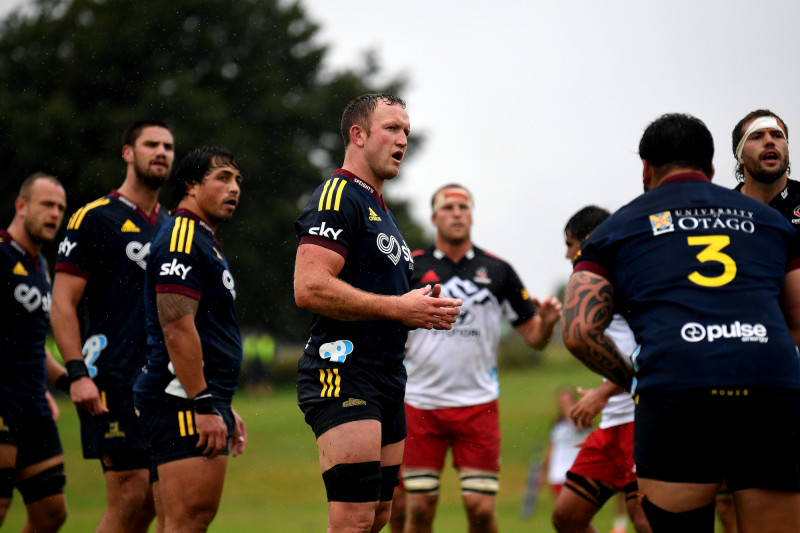 The Highlanders have named their second team of the DHL Super Rugby Pacific season. They will be playing the Crusaders on Friday night at 7:30pm in Dunedin.

The opening round last weekend saw the Highlanders lose to the Chiefs 24-16 in Queenstown. While this was not the desired outcome, there were promising signs for the season ahead. First five Mitch Hunt had a 100% kicking rate off the tee and scored all but 5 points for the Highlanders.

Assistant Coach Clarke Dermody said, “mistakes and discipline let us down, there were definitely some positives but ultimately we need to reduce our errors,” about last week’s game.

The squad named for this week’s game is largely unchanged to last week. However, Connor Garden Bachop gets his first game of the season, starting at fullback, which has seen Sam Gilbert move to the wing. Thomas Umaga-Jensen will also start this week. A six: two split (forwards: backs) indicates an expectation that this game will be played up front between the forwards.

Friday’s game will be the Highlander’s first home game of the season and while it is being played on home turf at Forsyth Barr Stadium it will be played without a crowd. This will be a very different atmosphere to a normal February game which usually coincides with the University of Otago Orientation week. However, the team is excited to be back playing under the roof on a dry track and will be hoping the home advantage tips the scales in their favour.

Coach Tony Brown said, “naturally we would love to be playing our first home game in front of a packed stadium, we love it when Forsyth Barr is full and really thrive off the energy from our fans, however, we know we got a job to do and will be focused on that this weekend. We’re hopeful that we will get back to playing in front of a full stadium soon.”

The game will be available live on Sky Sport 1.