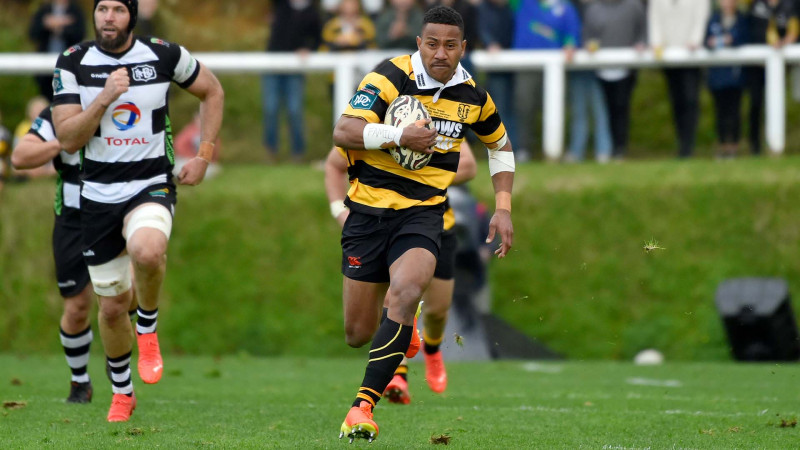 The Highlanders have added three players as temporary replacements to cover for their All Blacks who will return to the squad in mid to late January after a break following their Northern Tour. In for All Blacks Aaron Smith, Shannon Frizell and Ethan De Groot are Otago players halfback James Arscott, loose forward Sam Fischli and up and coming Tasman prop Luca Inch.

Patelesio Tomkinson sustained an injury to his left foot which saw him leave the field during the championship final against Taranaki, the injury will unfortunately require surgery, forcing him out of Super Rugby Pacific 2022. Tomkinson has played 31 games to date for the Highlanders at both the midfield and on the wing. He will be replaced by exciting Taranaki winger Vereniki Tikoisolomone.

The 23 year old Tikoisolomone scored five tries for the Championship winning Taranaki side this season. He was identified as an exciting prospect in 2019 while playing for Wanganui in the Heartland Championship where he scored a season high 13 tries. Tikoisolomone is an elusive player with genuine speed and a knack for scoring tries - he will be a welcome addition to the Highlanders outside back division.

“Sio has grown steadily as a player over the last few years and has always been a player we could rely on to perform consistently for us, he had another good season for Otago. It’s a blow for us to lose him for the Super Rugby Pacific competition but a good chance for Vereniki to showcase his talent.”

Additional players have been called in to cover temporary injury within the squad. Hard running Otago loose forward Christian Lio-Willie has been drafted in to cover for the injured Billy Harmon who is not expected back until early April. Otago halfback, Nathan Hastie  (selected for the 2021 NZ U20 team) will back up the rehabbing Folau Fakatava who is due to be available in the early rounds of Super Rugby Pacific.

Highlanders head coach Tony Brown is excited by the opportunity provided to the replacement players.

“It was always interesting to see how replacement players respond to the opportunity to come into the squad. They’re coming in off good provincial form and normally add extra enthusiasm and energy to our environment,  it’s a real chance for them to stake a claim in the preseason and demonstrate they belong at Super Rugby level”.