Our Team
Memberships
Shop
Our Heritage
News
Our Partners 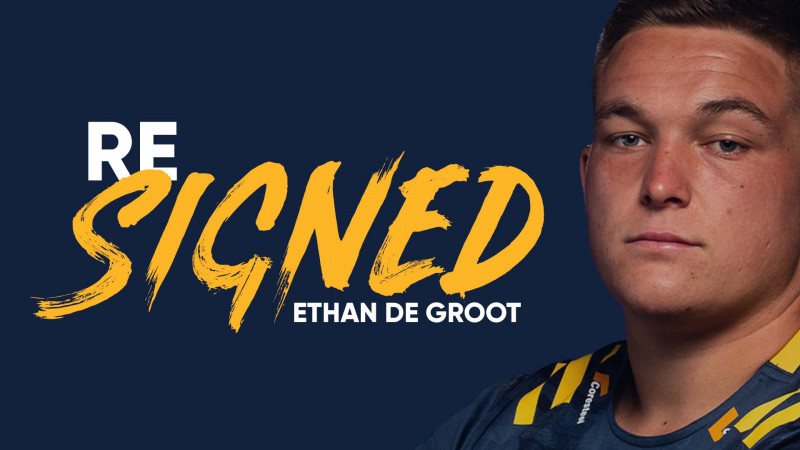 All Black and Highlanders loosehead prop, Ethan de Groot has signed a new contract that will keep him in the south for a further two years until 2024.

de Groot, currently with the All Blacks on their Northern tour, had a breakout season for the Highlanders in 2021. The former Southland Boys High School player debuted for Southland in 2018 as a 20-year-old. After being picked up by the Highlanders in the 2020 squad he went on to debut in July against the Chiefs and less than 12 months later debuted for the All Blacks against Fiji.

He was a regular starter in Super Rugby Aotearoa and played against the Blues in the Super Rugby Trans-Tasman final. de Groot, who will hopefully be named to play against Italy this weekend, knows he didn’t take the usual route to the All Blacks.

“I hope my selection to the All Blacks can inspire young players that miss out on NZ Schools or NZ U20s to understand that there is a pathway through small unions and club footy, if you work hard and take your opportunities.”

“Ethan has made great progress over the last 18 months and has developed a professional attitude on and off the field. It has certainly taken his training and playing to a new level, he has an exciting career ahead of him as he continues to grow his game”.