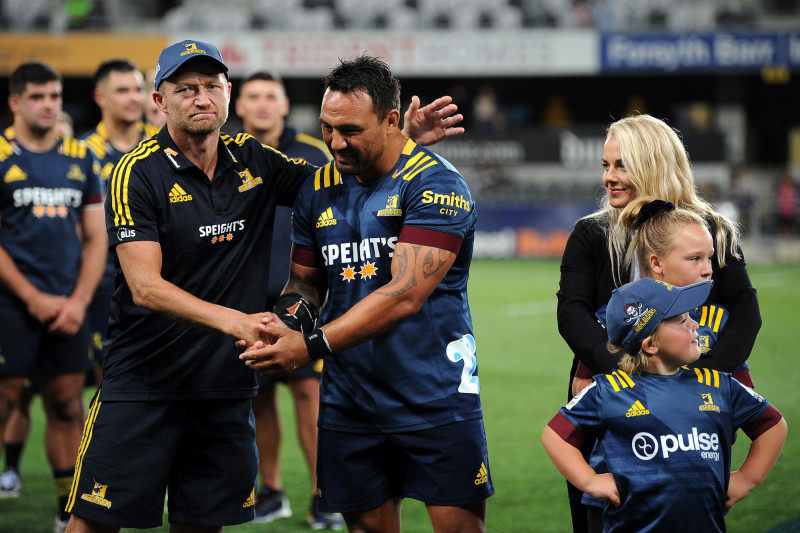 Highlanders co-captain and veteran hooker Ash Dixon is heading to Japan on a two-year deal to play in the new Japanese League One competition which begins in January 2022.

Dixon has co-captained the side with halfback Aaron Smith over the past few seasons and has been one of the clubs most consistent performers, possessing one of the best lineout throws in the game.

Highlanders CEO Roger Clark was fulsome in his praise for Dixon.

“He has been an integral part of the club since his arrival, he has significant mana within the team and has put an enormous amount of work into our organisation. He goes with our good wishes and gratitude.”

“Ash will be remembered as one of the great Highlander’s men; his contribution to the club both on and off the field has been immense, as co-captain he has been the ultimate professional and we wish him, Mikayla, Paiyton and Boston all the very best with this fantastic opportunity.”

Dixon said it was a difficult decision to leave.

“I’ve put a lot of thought into it and it was not an easy decision for myself and my family to make, I’ve had some incredibly great times with the team, and I will cherish them forever.”

He also paid tribute to the Highlanders supporters.

“The fans have been absolutely incredible the love and kindness shown to me and my family has been amazing, and we will be forever grateful, thank you all so much.”

“Ash’s achievements speak to his character. He leaves as one of the most capped Māori All Blacks captains of all time, and a leader of huge influence for both the Highlanders and Hawke’s Bay.

“He is a Super Rugby champion and a Ranfurly Shield holder, but more importantly he personifies the values of Te Ara Rangatira, The Rugby Way. We wish him and his whanau all the best in Japan and he goes with our full support.”

2020 Tom French Cup for Maori rugby player of the year