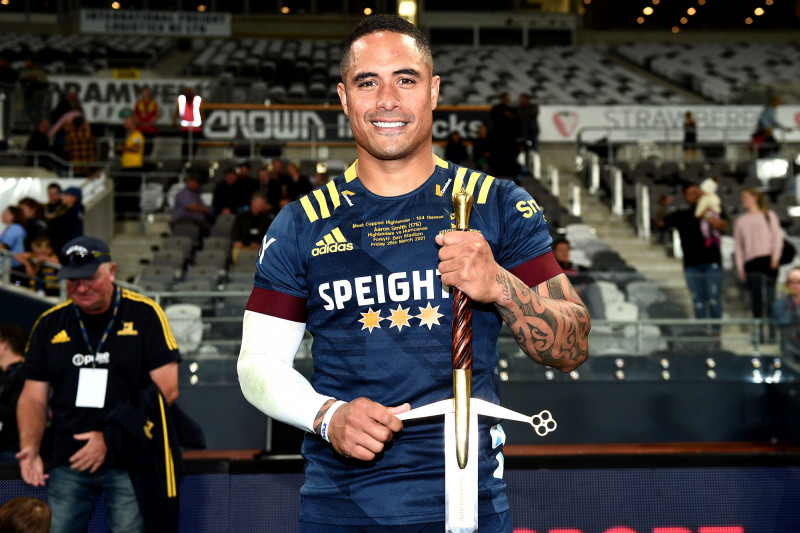 Aaron Smith commits to NZR and Highlanders through to 2023

All Blacks, Highlanders and Manawatu Turbos fans will be celebrating, with halfback Aaron Smith announcing that he has signed a new contract with New Zealand Rugby (NZR), his Highlanders club and Manawatu provincial union that will see him stay in New Zealand through until 2023.

32-year-old Smith played his 151st game for the Highlanders on the weekend and is the most capped All Black halfback of all time (97 Tests). He made his provincial debut for Manawatu in 2008, Super Rugby debut in 2011 and Test debut a year later, has been the first-choice halfback for both teams since then, and remains at the top of his game.

“I guess I have to adapt and work a little harder than I did back in 2011, but one thing that hasn’t changed is my love for the Highlanders, the All Blacks and Manawatu,” Smith said.

“The decision to stay is based on a number of things, but I’m very keen to see the Highlanders do well, we have a good environment here and some great, young players so I think the next few years will be exciting for us and it’ll be great to be part of it.” said Smith.

Smith said he was also looking forward to what the future held for the All Blacks: “Last year was a tough one for sport, but hopefully we’ll soon see the world rugby calendar start to take shape and there’ll be plenty of exciting, new challenges to look forward to.”

Smith said his commitment to the Highlanders also reflected his affinity with the team’s home base.

“Dunedin has been good to me. My wife Teagan and I have a home and a business here and our son Luka was born here.  I felt that committing to the Highlanders for another few years in some small way says thanks for all the support we have enjoyed over the years.”

All Blacks Head Coach Ian Foster said the recommitment of Smith was huge news and his re-signing could not be underestimated.

“He is so instrumental in the way we play the game and is such a vital cog for us, both on and off the field, so this is fantastic news.  We’re delighted that Aaron; Teagan and his family have decided to commit to New Zealand and congratulate them on the decision.”

Highlanders Head Coach Tony Brown is also delighted to have his star halfback recommit to the team for the next few years.

“As co-captain, ‘Nug’ is a huge part of this team. His leadership, commitment, drive and skill are all key aspects of his contribution to the Highlanders. He continues to be world class and works extremely hard to maintain it. That hard work and professionalism is a fantastic example to the rest of the team, particularly the young fellows coming into the team.”

Manawatū Rugby CEO Shannon Paku added: “We are excited to have Aaron back for another two seasons with Manawatū. He is a man who commands a huge amount of mana in our province. Aaron’s extraordinary career while being a loyal and proud Manawatū man is proof of the heights achievable for players from our region.

“Aaron’s commitment to the green and white jersey is undeniable and even though his game time is limited by his All Blacks commitments, his experience and advice to the younger members of our high performance squad is invaluable.”

Smith is set to become the Highlanders’ most capped player this season surpassing his namesake Ben Smith (153 caps). He also has the chance to bring up 100 Tests for the All Blacks this year.