Clarke enters his ninth season with the Highlanders in 2022 after joining the club in 2014 and on the back of taking the Highlanders to the Super Rugby Trans-Tasman final in 2021 as Head Coach (while Tony Brown was on international duties).

During his reign at the top, the team won all games in the Trans-Tasman competition and only lost the final against the Blues.

He has also tasted success while coaching at the Tasman Mako who became back-to-back Champions of the National Provincial Competition in 2019 and 2020 while Clarke was at the helm as Head Coach.

Clarke also had a remarkable playing career which included playing for every New Zealand age-grade team before being named in the All Blacks and playing three Tests in 2006. He is also a former Southland captain and played 92 games for the Stags and 44 for the Highlanders. He headed to Europe in 2007 to play for the London Irish Club and played over 100 games for the club before injuring his back in 2012 and retiring. 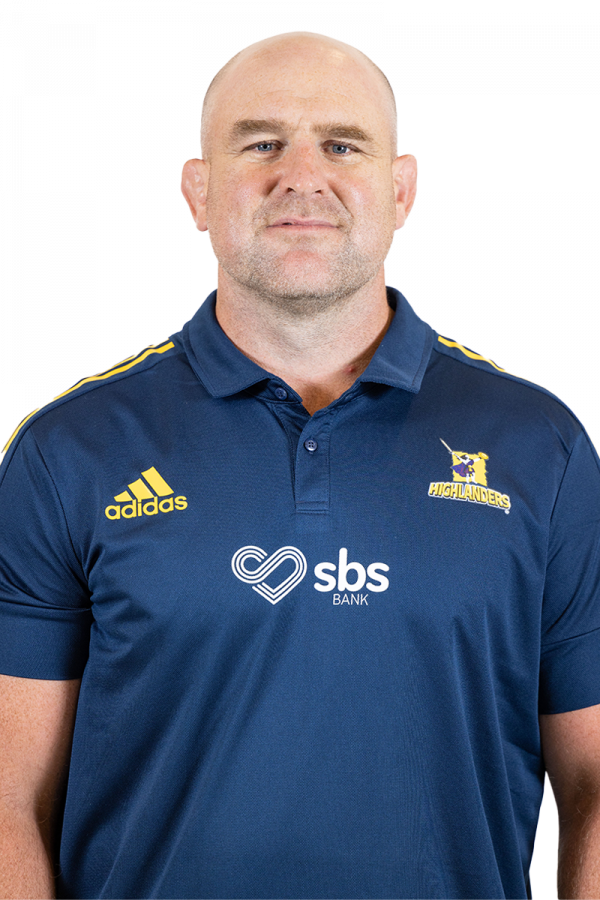