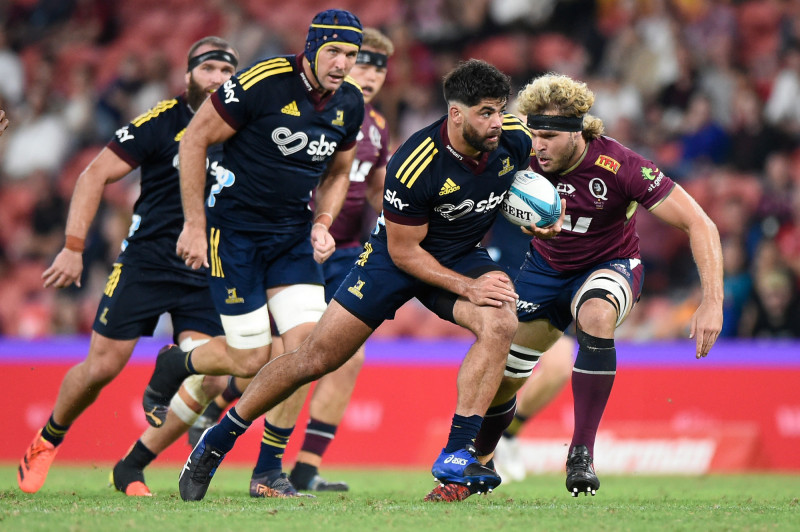 After three weeks on tour, the Highlanders return to their home ground of Forsyth Barr Stadium to play the Western Force at home for the first time since 2016. This round 13 game with be played on Friday 13th May at 7:05pm and instead of a Black Friday it will be Maroon Friday with the home team playing in their maroon alternative strip due to a colour clash with the Force alternate strip.

Following last week's win against the Reds at Suncorp, the Highlanders are now inside the DHL Super Rugby Pacific top 8 and eager to maintain a playoff spot heading into the final three rounds.

Head Coach Tony Brown is aware of the importance of the last few rounds:

“At least our destiny is in our own hands now and if we can keep winning - we make the playoffs, which of course is easier said than done. We must continue to grow as a team and improve each week if we are to be contenders in this competition. There are a number of teams playing good rugby at the moment and we know we haven’t put a complete performance out on the park yet.”

The forwards have a familiar look tom them this week with just the return of Andrew Makalio for the injured Liam Coltman as the only change. Head Coach, Brown, continues with the back row of Lentjes, Mikaele-Tu’u and Harmon, who have all played seven and ensures good mobility across the loose forwards.

It is a different story in the backline with Head Coach, Brown, shuffling the deck. After good early season form Josh Timu has returned from injury to make the starting team at the more familiar position of centre pushing the hard running Fetulii Paea out to the wing.

The other significant change has Sam Gilbert moving into first-five, where he played his schoolboy rugby and Mitch Hunt coming off the bench.

Brown is confident Gilbert has what it takes to deliver at first-five on Friday night.

“Sam has a good all round skill set, kicks well out of hand and off the tee, is a strong defender, communicates well and is an elusive runner. Although he hasn’t played 10 at this level, we believe he has the aptitude to lead us around the field. Mitch plays well off the bench, so we believe it will be a good combination.”

On the bench young lock, Fabian Holland, is set for his second appearance and winger Liam Coombes-Fabling returns from injury.

This weekend's game also marks Daniel Lienert-Brown's 100th Super Rugby game and his 98th game for the Highlanders. Daniel began his Super Rugby career in 2014 at the Crusaders, playing two games, before linking with the Highlanders in 2015 and has been a regular in the side ever since. A strong and mobile prop who is enjoying good form this season.

Also bringing up a milestone is Bryn Evans playing his 50th game of Super Rugby having played the first of his 25 games for the Hurricanes in 2009. He returned from a decade in the United Kingdom in 2021 to play for the Highlanders.

This week marks the final evening game for the Highlanders at home and the final Zoo for 2022. Round 14 will see the Highlanders take on the Waratahs at home on Sunday 22nd May at the family and travel friendly time of 3:35pm. This game will also be the annual Club Day where registered junior club rugby players are able to come for free as well as coaches, referees, and club volunteers.