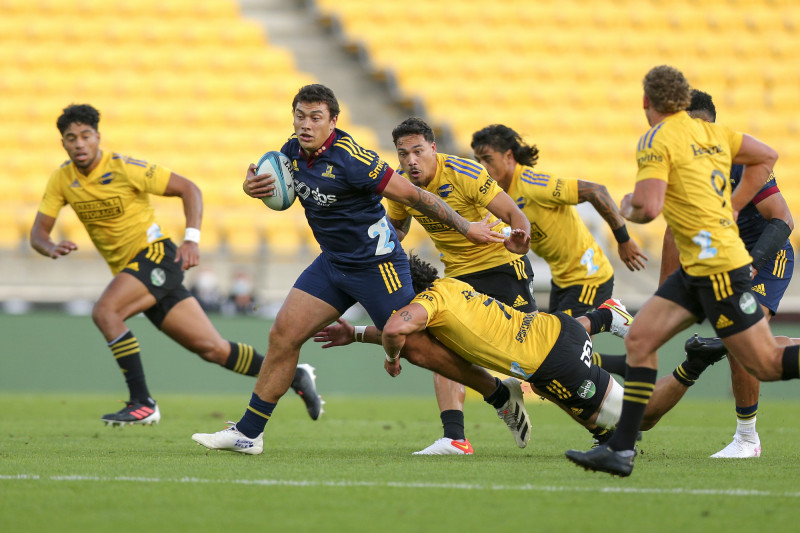 It may be a holiday weekend for most, but the Highlanders will have work on their mind this Easter Saturday when they play their last New Zealand derby match against the Hurricanes at Forsyth Barr Stadium (7.05pm kick off).

A solid win last week against a physical and courageous Moana Pasifika would have provided Highlander’s fans the promise of better things to come in the back half of the competition. The prospect of win against a New Zealand club should provide plenty of interest for the faithful. This will be the last opportunity for fans to support the team for a while, as they depart for a three-week tour to Australia and Fiji and won’t return to Forsyth Barr Stadium until round 13 to host the Western Force for the first time since 2016.

Head Coach Tony Brown is looking forward to the encounter after getting a win last week.

“We certainly needed the win just to provide that bit of confidence we need to believe in our ability to capitalise the opportunities that we are creating in every game we play. The Hurricanes play an expansive style and under the roof we have had some great clashes, so Saturday night should be awesome. I know as a team we are excited about the opportunity.”

The balance of the side remains the same as Brown looks to cement combinations that can deliver the results crucial to the Highlanders working their way up the table.

It will be a happy Easter for the Evans family as brothers Bryn and Gareth are part of three changes to the forward pack, partly forced by injuries to Shannon Frizzell and Manaaki Selby-Rickit. Older brother Bryn will start at lock and the versatile Gareth comes on to the side of the scrum at blindside flanker.

Veteran hooker Liam Coltman returns to the front row after a break and the well performed Andrew Makalio will come off the bench.

In the backs a welcome return from injury for the hard charging Thomas Umaga-Jensen partnering with former English International Denny Solomona. An exciting combination that delivers both speed and power. Scott Gregory moves out to the wing and Marty Banks will steer the ship from ten providing a well-earned respite for Mitch Hunt who has started every game so far this season.

Banks will bring up his 50th Super Rugby Cap this weekend. He joined the club in the championship year, 2015, and has been a fan favourite ever since and there will be a warm reception from our fans for him reaching this important milestone.

A feature of the bench will be the return from long term injury of Billy Harmon. Harmon was a standout performer for the Highlanders last season and his ability to force turnovers and his link play will be a welcome addition to the loose forward group. The young trio of Saula Mau, Max Hicks and Folau Fakatava should provide plenty of energy late in the game from the bench.

The Highlanders will be having their first full team community event on Friday 15th April (Good Friday) at the Dunedin Botanic Garden and invite families to come down and participate in an Easter Hunt. Starting at 10:30am from the main entrance opposite Gardens New World.